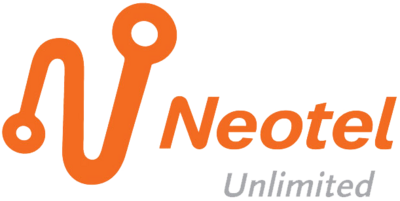 Neotel is the lead competitor (and new kid on the block) to South Africa’s largest telecommunications company; Telkom, who up until a couple years ago, had monopolized the telecoms market.  Competition is generally perceived as a good thing, providing the consumer with an alternative and as a result I decided to give Neotel the benefit-of-the-doubt and see if they could deliver.  As a result, my Neotel experience lasted under 24 hours…

Internet in South Africa is extremely expensive and most ISPs (like Telkom) in the country offer capped packages (1GB, 5GB, 10GB and so forth), so you can imagine the attraction to a company that is offering uncapped internet that undercuts their competition.  Neotel currently offers two uncapped packages for home users; NeoConnect Lite 469 @ R469 p/m ($62.74) and NeoConnect Prime Unlimited (high-speed) @ R999 p/m ($133.65).  The Neotel website has a coverage checker in order to see whether or not your area is covered by their network.  Unfortunately, my area doesn’t support high-speed internet so I had to opt for the NeoConnect Lite 469 package and at R469 per month for uncapped internet it sounded like a damn good deal.  Sadly, I was mistaken.

When I first expressed interest in Neotel, there were a number of questions that I needed to be answered and after browsing several forums things like; “By default, Neotel blocks all ports for security reasons and you need to request which ports you wish to be opened” began to pop up.  So I decided to email Neotel and to their credit they did actually respond the first time however when I had other questions I was simply ignored, but no matter I reasoned, they’re a large company and probably receive plenty of mail on a daily basis.  ‘Luckily’ there were Neotel promoters in my local mall and I took the opportunity to approach them and ask my questions.

I initially spoke to two guys who seemed to be quite knowledgeable but in actuality they were bullshit artists who didn’t have any technical knowledge to speak of and were just desperately trying to sign people up.  The one thing that isn’t really advertised on the Neotel site is the connection speeds of their packages, now I’m currently on a 384kbps wireless package which gives me a transfer speed of 48KB/sec (painfully slow by international standards but at least it’s uncapped) so I made it very clear to these two cock stains that I needed a faster connection speed and thus a faster transfer speed than my current solution.  The first thing they told me was that my area was in fact covered for high-speed internet which I found strange since Neotel hadn’t been in my area ripping up pavement to lay down fiber-optic cable like in other areas and especially since I had done a recent coverage check that stated that my house/area wasn’t covered.

Well, after countless reassurances, I decided to sign up with Neotel after they told me that the package would be much faster than my current solution, with transfer speeds peaking at 156KB/sec placing the connection at just over 1Mbps.  However, the two cunt-rags either didn’t know the difference between line speed and transfer rate, or opted to lie in order to secure a customer.  However, the bullshit didn’t end there, after repeating myself countless times during the sign up phase (in order to ensure that all my personal information was correct) they still managed to completely fuck up almost all of my information.  When I received the FWT (Fixed Wireless Terminal) almost a week later, the welcome note and the ‘customer application form’ had gotten the following information wrong;

Unbeknown to me at the time, I set up the  FWT which ironically needs to be plugged into your PC via USB and proceeded to set up the device on my computer which is running Windows 7 Ultimate Edition, but wouldn’t you know it, the FWT would not initialize the setup software so that you can actually USE THE FUCKING INTERNET.  So after literally spending several hours on the phone with the god-forsaken technical support (and I was disconnected twice initially mid-conversation, forcing me to start from the beginning each time), one guy suggested that I downgrade to Windows XP (an eight year old platform!) because and I quote; “Neotel uses new software/hardware that has been known to give problems on Vista and Win 7.”

One person I spoke to repeatedly asked whether or not I had received a black USB cable with the FWT as it is the Windows 7 compatible cable (wtf?) and I was asked repeatedly if my operating system was in fact the 32-bit version as apparently 64-bit platforms have compatibility issues too.  At this point I was rather fed up and asked if they could send a technical guy to my house to sort out the problem to which they replied; “I spoke to the technical guys and they said they definitely can’t, as the problem is clearly with your version of Windows 7.”  My version…THE FUCKING RETAIL VERSION OF WINDOWS 7 ULTIMATE EDITION!! Eventually after uninstalling Win 7 and reinstalling my copy of Vista Ultimate I managed to get the FWT working and I was connected to the net.  My single driving force for going through all that shit was that I’d have fast, uncapped internet until I saw that I was getting an average download speed of 49kbps (6.1KB/sec transfer speed).  That’s right, the Neoconnect Lite Unlimited package has a peak download speed of 156kbps and not the promised 156KB per second transfer rate.  No wonder the package is uncapped, at an average transfer rate at around 6KB/sec and peak speeds of around 16KB/s you’d be hard-pressed to use 10GB of bandwidth, in fact it was so bad that I had to run Gmail in basic HTML in order to get it to load and even then it was struggling.

The very next day at around 07:00 am, I phoned Neotel and terminated my service.  Neotel is a poorly managed, misleading service with inept staff who should be taken behind a chemical shed and shot through the back of the skull with hollow points.  I will never do business with that company ever after that experience and I warn every person who is interested in the service to steer clear and rather stick with Telkom or an independent wireless ISP.