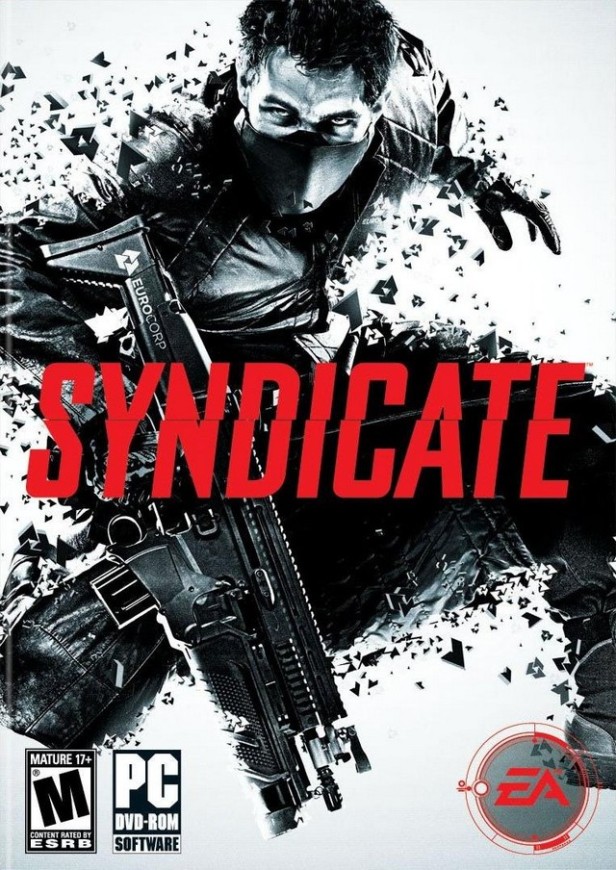 In all their wisdom, Starbreeze Studios, in conjunction with EA Games, have decided that what gamers need, in a market saturated by tactical and first-person shooters is in fact, a tactical first-person shooter, set in a dystopic future-shiny world where you play as a corporate agent named Miles Kilo, for the mega-corporation known as ‘Eurocorp’.  Needless to say, since originality seems to be frowned upon in this day and age, Syndicate also happens to be a reboot of a series of games developed by (now defunct) Bullfrog Productions who were absorbed by EA in 2004.  Sounds like a winning formula…

Syndicate’s premise is nothing new, the year is 2069, you play as Miles Kilo, Eurocorp’s latest and greatest agent equipped with a prototype chip called DART 6 created by scientist Lily Drawl.  Free will is at an all time low, and pretty much everything in the world is controlled by über-powerful mega-corporations.  As a Eurocorp agent, you are tasked with various wetwork missions to ensure that your company stays on top, so it’s a given that mass murder and assassination will be the order of the day.  Needless to say, all does not go smoothly as the overly predictable and crappy ‘badass hero gets betrayed by his boss’ plot device rears its ugly head rather quickly.  It’s so painfully dull that being slapped in the face with a fish would be exponentially more entertaining.  The generic plot is compounded further by archetypal characters that have about as much depth as a 2D cardboard cutout.  Two of the central characters, Lily Drawl (voiced by Rosario Dawson) and Jack Denham (voiced by Brian Cox) are instantly recognizable by their distinctive voices, yet if you were still unable to recognize them Starbreeze Studios have modeled the characters on the actual voice actors themselves which is kind of weird given that for the most part, you are bombarded by faceless nobodies.

But it can’t all be that bad right? Well, the only redeeming factor of Syndicate is the innovation of the DART 6 bio-chip.  Apart from the stock-standard firearms (various assortments of pistols, automatic weapons, smart-guns etc) that a player can harness (in this case the player can carry two main weapons and grenades), the DART 6 chip offers a new dimension to the combat in the form of an X-Ray type overlay that slows down time similar to the ‘reflex-time’ mode from F.E.A.R. allowing you to pick off your enemies much faster as you move in real-time, though obviously this effect only lasts a few seconds and will require brief intervals in order to recharge.  The other prominent element of the DART 6 chip is the ability to hack into enemies minds – called ‘breaching’ thus presenting the player with three options; ‘Backfire’ – the enemy’s gun explodes stunning them, ‘Suicide’ – the enemy kills himself and damages nearby foes,  and ‘Persuade’ – where the enemy temporarily becomes your ally.  The three breaching abilities also require recharging after use and charging can be expedited by successive kills, however there’s not much strategy involved in picking which breach to use as it’s more of a matter of which one is available first.  Certain enemies such as end-of-level guardians or plot-sensitive characters can be ‘chip-ripped’ and once their bio-chip has been extracted it offers the player additional upgrades such as improved armour, faster regeneration and so forth.  The DART 6 chip can also be used to hack locked doors, elevators, automated turrets, as well as certain shielded enemies that are invulnerable until their defenses are breached.

As far as game-play goes, Syndicate is a washed-down version of Deus Ex: Human Revolution, there’s no need for stealth, character building or conversation as you march from one location to the next hosing down anything that moves in a rain of gunfire.  The environments are also populated by civilians who will cower in fear the moment you start shooting, the player is able to kill them indiscriminately and without consequence, and in fact the civilians don’t even seem like people, instead merely there to occupy empty space.  The boss battles are also horribly frustrating as the difficulty spikes from being infuriating to absolutely insane to the point where any level of fun has been replaced by Vegeta levels of anger, so expect plenty rage quits.  Sadly, much like the characters, the locations seem to be horribly dull and ‘samey’ as you move from one monolithic structure to the next.  In a way, Syndicate feels a lot like F.E.A.R. but without the psychological-thriller aspect that made the latter fun and interesting. It’s also worth noting that Syndicate’s single-player campaign can be completed in a mere 5 – 6 hours so you may want to think twice before handing over your hard-earned cash.

Finally, the worst aspect of the game has to be the visuals.  While the graphics aren’t too bad at all, with certain sequences looking pretty awesome, Starbreeze Studio’s overuse of blooming has made Syndicate almost unplayable for the most part as the overdone lighting effects will obscure the player’s view completely resulting in severe eye-strain.  Syndicate is broken up into chapters called ‘milestones’ and in fact during milestone 13 the game was completely unplayable as whenever I moved in any direction the screen would repeatedly flash white (though in this case I’m pretty sure this was some kind of bug), I managed to get around this by using the developer console Ctrl+Alt+~ and typing the command xr_effectmodels 0, oddly enough, typing the command once more returned all the lighting effects and got rid of the flashing white screen, though in the end it’s still only a temporary workaround for a persistent visual problem.

While the DART 6 feature is an innovative aspect of the game, Syndicate fails on too many levels to make it really worth any of your time, apart from the terrible overuse of lighting effects which render the game almost unplayable at times, there have reportedly been several other glitches (in one section I encountered a horrid graphic flaw) including intermittent freezing which have led many to think that Syndicate has not been compiled properly, combined with over-used plot devices, uninspired locations, little-to-no character development as well as what may be the crappiest ending to a game ever and you get a title that drowns in an ocean of mediocrity and generic tedium. Is the gaming industry really so hard-up for fresh ideas that they need to reboot a series that was last seen in 1996? Avoid.

One thought on “Syndicate”