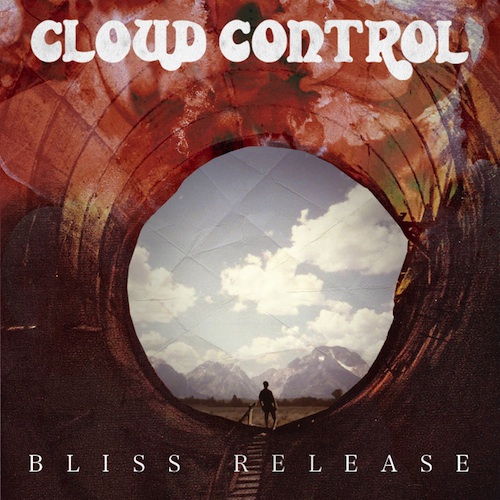 I’m not quite sure what it is, but there’s definitely something enticing about the indie rock scene, perhaps it’s the underground, garage band vibe or the ‘do-it-yourself’ approach that comes with developing such music, regardless of the reason, indie rock certainly has a more personal and heartfelt feel to it than its brethren and perhaps that’s where the attraction lies.  After the release of their single ‘Death Cloud‘ on November 13, 2008 – Cloud Control started to garner immense popularity and after several festival appearances and tours, the band released their first album – Bliss Release in 2010.

Admittedly, it took me a while to get into this band, its sound and style are quite different from what I’m used to listening to, but after playing the album through four or five times, the hooks of the songs dug themselves into my brain giving me a new-found appreciation for how catchy most of these songs truly are. Cloud Control shares a strong similarity to psychedelic bands like the Beatles, with a lot of their songs being up-tempo, feel good and generally mellow.

Though the term ‘indie’ doesn’t really refer to independent anymore, as the moment the bands are picked up by a major label (Ivy League Records in Cloud Control’s case) they cease to be independent, ‘indie‘ is now a music genre in its own right having a distinctive sound that people now associate the term with.  Indie rock is not as heavy as most other rock genres and focuses more on guitar and vocal melodies.  You will also find that bass-lines play a major role in most songs and are often quite pronounced.  Cloud Control shares all of the aforementioned attributes and more with catchy guitar riffs, funky drums and creative lyrics.  For me, a lead vocalist can either make or break a band, I’m not a fan of guttural screeching and thankfully indie rock is generally devoid of it, Alister Wright’s (lead vocalist) voice is expressive and mellow, and complemented wonderfully with backing vocals from Heidi Lenffer (keyboards) and Jeremy Kelshaw (bass guitar).

Songs of note include – Meditation Song #2 (Why, Oh Why), Ghost Story, Gold Canary and my personal favourite, Death Cloud – added to Bliss Release as a bonus track.  A reworked version of Death Cloud has been released recently and while I do prefer the original, this new version has a certain funkiness to it as well as an awesome, if somewhat odd music video.

Much like Scotland, there is an emerging indie rock scene coming out of Australia, and I highly recommend that fans of the genre keep a watchful eye on Cloud Control as they are definitely going places.  Having won several awards and opening for superstar bands like Foo Fighters, it’s only a matter of time before Cloud Control reaches super-stardom themselves.  While I’m not too certain of the global availability of Bliss Release (I don’t expect to see it in any of my local music stores), if the band strikes your fancy, it can be bought off of iTunes here for $16.99 (about  R135).  If you’re looking for something funky and chilled, you need not look further than Bliss Release.